What is Kemetic Yoga?

Yoga as most Westerners know it is a spiritual and physical practice with deep roots in India and its environs. But more and more yogis are awakening to a practice with roots elsewhere – namely Egypt. Indeed, the same culture that left us the awe-inspiring pyramids also authored the practice of kemetic yoga. What is kemetic yoga and how can this practice enrich you physically and spiritually? Keep reading to find out! 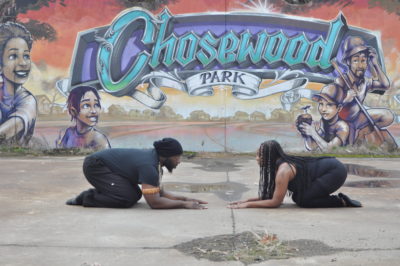 Kemetic Yoga, also sometimes called Egyptian Yoga, refers to a style of yoga with its roots in ancient Africa. It’s perhaps best described as a yogic system that promotes physical, mental and spiritual development through a series of postures emphasizing spinal and muscular alignment. This practice is believed to relieve stress, increase blood circulation and generally make for a healthier body. In these ways, kemetic yoga is very similar to Indian-style yoga! The two differ largely in types of postures, terminology and spiritual influence. Rather than sanskrit-named poses, kemetic yoga emphasis Egyptian terminology and geometrically-influenced poses. Hallmarks of kemetic yoga include:

What to Expect in a Kemetic Yoga Class

Because kemetic yoga differs from the yoga styles most Westerners are familiar with, expect a learning curve. A kemetic yoga class will likely include some basic instructions on Egyptian yoga terms and principals. Postures will emphasize angular alignment with progressive levels of intensity. Overall, however, kemetic yoga is a mellow practice ideal for those looking to relax.

Should I Take a Kemetic Yoga Class?

Uniquely culturally influenced and largely restorative, kemetic yoga is the perfect practice for new students or experienced yogis looking to shake up their old practice. Best of all, with its gentle poses and emphasis on breathing, kemetic yoga is a good fit for practitioners of all ages, sizes and skill levels. Check out one of our kemetic yoga classes today!